↓
Home→Overview→09/04/15: Who Wants to Be Millennial? Young Writers Reading at Cornelia Street Cafe!
Share This! 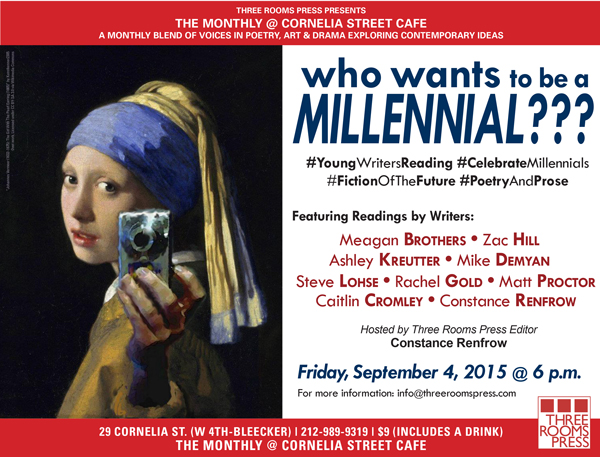