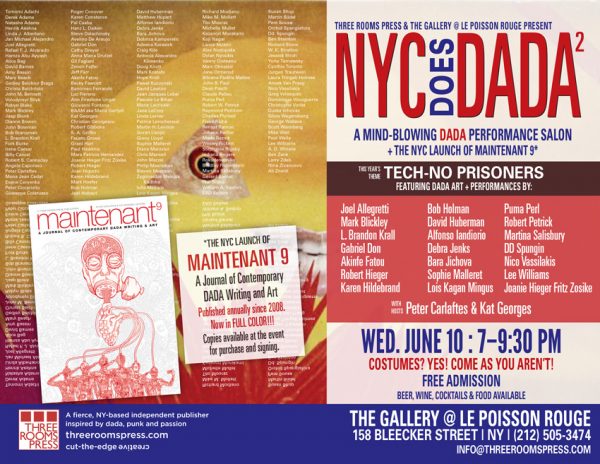 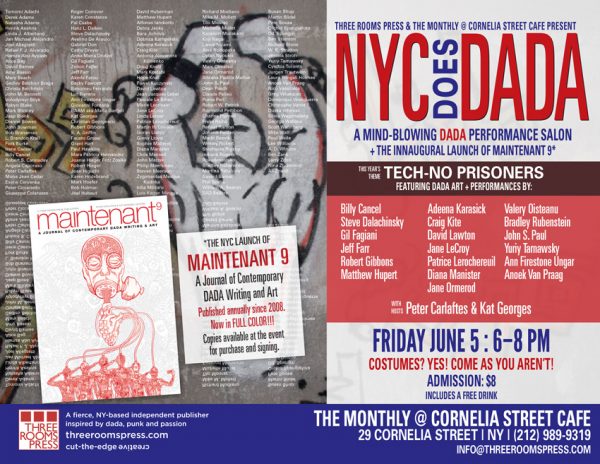 Attention New York-area dada fans! Three Rooms Press is hosting not one, but two dada events in June, to celebrate the launch of the ninth edition of MAINTENANT: A JOURNAL OF CONTEMPORARY DADA WRITING AND ART.

As part of this year’s Dada celebrations, Three Rooms Press is auctioning off two original artworks by two famed 20th century French collagists, Mary Beach and Claude Pelieu, via silent auction. Bids can be made at the events, as well as online. Details to come.

For both events: Costumes encouraged! Our theme this year is TECH-NO PRISONERS. The only guideline you need to know for your costume is COME AS YOU AREN’T!

For more information about either event, email info@threeroomspress.com.