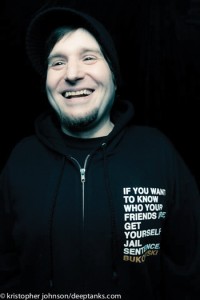 Big time congratulations to poet Thomas Fucaloro (It Starts From the Belly and Blooms, Inheriting Craziness; both Three Rooms Press), winner of the 2015 Excellence in the Arts Award issued annually by Staten Island Arts “to celebrate the bodies of work of Staten Island artists as well as celebrate their artistic development.”

Fucaloro, as well as other awardees including AJ Pantaleo, The National Women’s Dance Troupe of Sri Lanka, Tango Illuminado, Nani Ferrerira-Mathews, Yeti, The Santi Debriano Group, The Staten Island Philharmonic, will perform May 31 4-8 pm for the 2015 SummerFest and June 20, 7-midnight, for the 015 LUMEN festival. According to Staten Island Arts, “Thomas will be reading performance poems that deal with his troubles with addiction, with the state of Staten Island, with the state of politics and so on. He will also be working with a visual artist to paint while he is performing, the reading will inspire the creation of the piece of work.”

Excellence in the Arts grants are made possible through the New York City Department of Cultural Affairs. More details http://statenislandarts.org/2015-grantee-award-recipients/.

To find out more about Thomas Fucaloro and how to order copies of his brilliant poetry collections, click here.