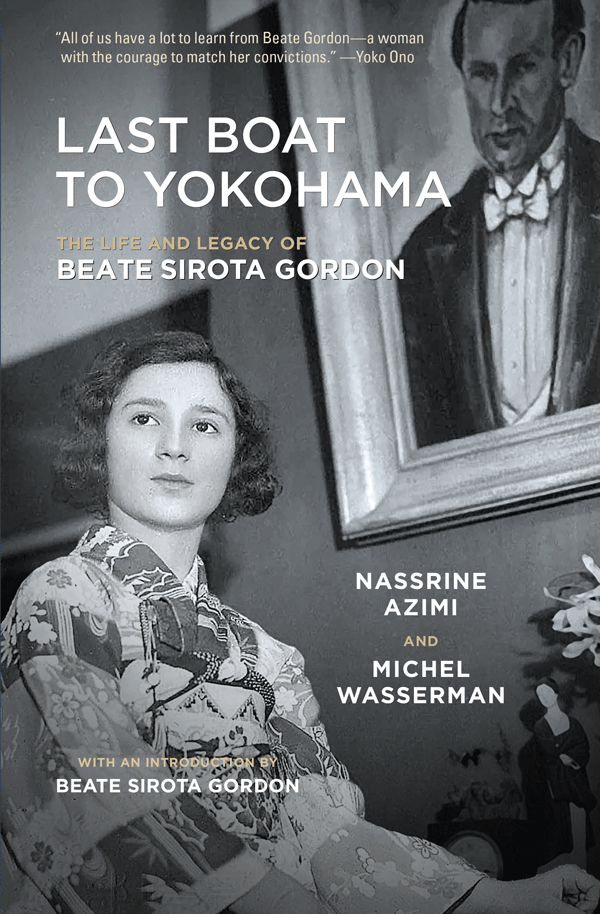 Anne Lee, the publisher of Shojo Power! Feminist Analysis of Sailor Moon and More offers an in-depth analysis and glowing review of the forthcoming LAST BOAT TO YOKOHAMA: THE LIFE AND LEGACY OF BEATE SIROTA GORDON.

Citing the book’s historical value, Lee notes, “In Last Boat to Yokohama, authors Nassrine Azimi and Michael Wasserman, firmly anchor Beate’s story within events of World War II and the years leading up to it. We know the Third Reich had grand plans for conquering Europe, but how did Japan fit into their plans? LAST BOAT TO YOKOHAMA explains how Germany had been a long time ally of Japan–in fact, many of its institutions had been based of Germany’s . . . It also details how Nazi Germany pushed their anti-semitic policies in Japan. However, since Japan did not share Nazi Germany’s prejudices, the popular Jewish musicians were protected—for a time.”

Lee concludes: “LAST BOAT TO YOKOHAMA is a necessary addition to myriad of books written about World War II. It is complementary to Beate Sirota Gordon’s memoir The Only Woman in the Room and deserves a place in any school, public or personal library.”

And if you’re in the NYC area, make plans now to attend one of the two launches for LAST BOAT TO YOKOHAMA, including May 19 at Cornelia Street Cafe and May 20 at the Rubin Museum.