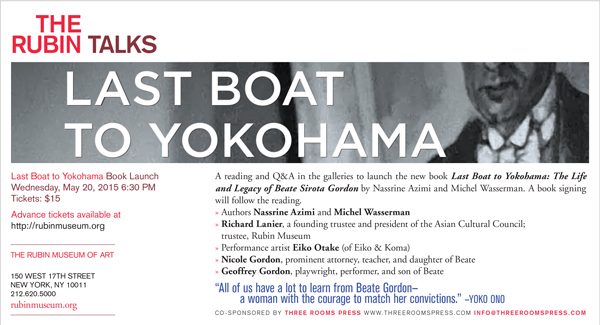 On Wednesday, May 20, at 6:30 pm, join Three Rooms Press as we celebrate the release of LAST BOAT TO YOKOHAMA: THE LIFE AND LEGACY OF BEATE SIROTA GORDON by Nassrine Azimi and Michel Wasserman, with a reading and Q&A in the galleries at the Rubin Museum. A book signing in the shop will follow the reading.

Admission is $15. Tickets available on the Rubin Museum website.