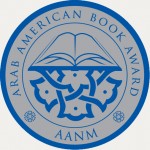 Three Rooms Press is thrilled beyond belief to announce that the winner of the 2013 Arab American Book Award for poetry is Hala Alyan for her poetry collection Atrium (Three Rooms Press, 2012, ISBN 978-0-9835813-8-3).

Information about Hala and other award winners will be forthcoming on http://www.arabamericanmuseum.org/bookaward 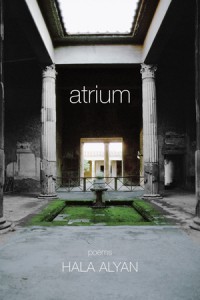 About Atrium, Poems by Hala Alyan

In Atrium, Alyan traces lines of global issues in personal spaces, with fervently original imagery, and a fierce passion and intense intimacy that echoes long after initial reading. Alyan was recently tapped as a finalist in the Nazim Himet Poetry Competition, and has etched her mark on other award-winning poets who are universal in their praise:

“Don’t miss the dazzling Hala Alyan. Wow. When she says ‘the poetry like a spear,’ she isn’t kidding.” —Naomi Shihab Nye;

“Hala Alyan’s poems startle us with their beautiful, enigmatic images and capture us with their passionate engagement with the world. A powerful debut.” —Chitra Divakaruni;