↓
Home→Still Night in L.A.:
A Detective Novel
by Aram Saroyan 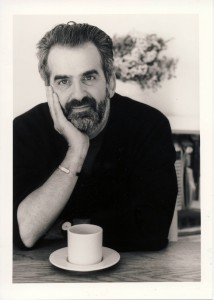