↓
Home→BAD:
The Autobiography of James Carr

BAD:
The Autobiography of James Carr

BAD: The Autobiography of James Carr, is the harrowingly brutal and unapologetic story of the notorious African-American career criminal who went straight out of Compton to a reformatory after burning down his school at the age of 10. Originally released in 1972, BAD remains a harsh indictment of the American penal system and a primer for the seeds of institutionalized racism in this country. BAD goes where no other book has ever gone before and so did James Carr. After years in and out of prison (mostly in) Carr wound up bunking with George Jackson (Soledad Brother) in Folsom Prison where they fought their way to a position of strength along the radical stream of the 1960s. As Carr notes, “I’ve been struggling all my life to get beyond the choice of living on my knees or dying on my feet. It’s time we lived on our feet.” A book that strips the system bare, BAD is revealing as a part of Black Panther history, and as a telling document in the battle for prison reform that continues to this day.

High Praise for
BAD: The Autobiography of James Carr

“For those interested in prison reform, James Carr’s autobiography, BAD is a must read. His life is a testimony to the need to make fundamental changes in our system of prisons. We all will benefit if changes are made that stress education, rehabilitation and employment opportunities instead of just incarceration. Reading Carr’s autobiography forces us to think about just that.” — Jim Beall, California State Senator

“These are the stories I grew up with, the epic mythologies that sustained me during my long years of exile – gladiator tales of a legendary, furious hero who flew so very close to the sun, burning hot, reckless, ruthless. These are the great and terrible exploits of my godfather, the Black Spartacus who goes harder than all the rest and makes no apologies – vivid, visceral, vital, shining with charisma. His undying bond of comradeship with Uncle George [Jackson, Soledad Brother] serves as a crucial example for everyone in the struggle.”
—Jonathan Peter Jackson

“The California of illusion, commerce & hype became reality to a throw away kid of street soul in one of the most compelling books I’ve read . . . Our hero bled while studying higher math and philosophy, not really suited to nationalistic racism but survived with it. Between hell and chaos that he made, he could also make such statements: ‘Guerrilla ideology reduces all revolutionary questions to quantitative problems of military force.’ His story will mess with your mind, stick to your ribs like a shiver and in your hearts and minds forever. If the other James Carr who sang ‘You Got My Mind Messed Up’ was on of the world’s greatest soul singers, this James Carr was one of the greatest souls . . . and the baddest mutherfucker society tried to hold.”
—Charles Plymell, publisher, Zap Comix, poet, Last of the Moccasins

“BAD was very difficult to read because of the physical violence that permeates the book. This reflects the prisons of the fifties and sixties. Today, a person in prison stills has a fear of being physically attacked especially from gangs. But, there seems to be more psychological violence like long term solitary confinement . . . The total elimination of both physical and psychological violence continues to be an ongoing need.”
— Charles Sullivan, President, International Citizens United for Rehabilitation of Errants (CURE)

“An inside look at late fifties/early sixties inner city LA street gangs . . . Learn about Carr’s lifelong friendship with Soledad Brother and prison reform leader George Jackson . . . A fresh perspective on the Black Panthers. And a view inside Soledad and San Quentin that is neither romanticized nor sensationalized. . . . amazing and insightful.” —Razorcake 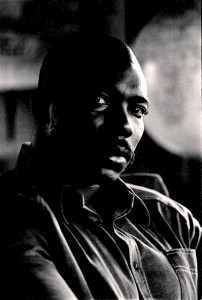 James Carr evolved from being one of the most notorious rebels in the California penal system of the 50s and 60s as leader of the infamous Wolf Pack to a comrade of famed Soledad Brother George Jackson and early member of the Black Panthers. Carr was murdered April 6th, 1972 outside his home in San Jose, CA.
“I’ve been struggling all my life to get beyond the choice of living on my knees or dying on my feet. It’s time we lived on our feet. As a kid my rebellion was pure: unthinking, arbitrary, devilish; sometimes for fun or because I was bored, more often because I saw adults standing over me at every turn — parents, teachers and preachers — and sought ways to get even, to avenge my submission. I was always caught and punished in such a way that my feelings were only intensified and reinforced. Along with the stick, of course, they always showed me the carrot: clothes, cars, cigarettes and whisky and women — telling me that to get these things I’d have to be a success. Telling me out of the other corner of their mouths that I’d been born to be a failure. Always taunting, jeering, and lecturing me. I was completely disoriented, caught between acceptance and rejection of an alien world at once fascinating and disgusting. It’s a trap, the trap. I became a rebel—still caught, but proudly defiant.” From BAD: The Autobiography of James Carr