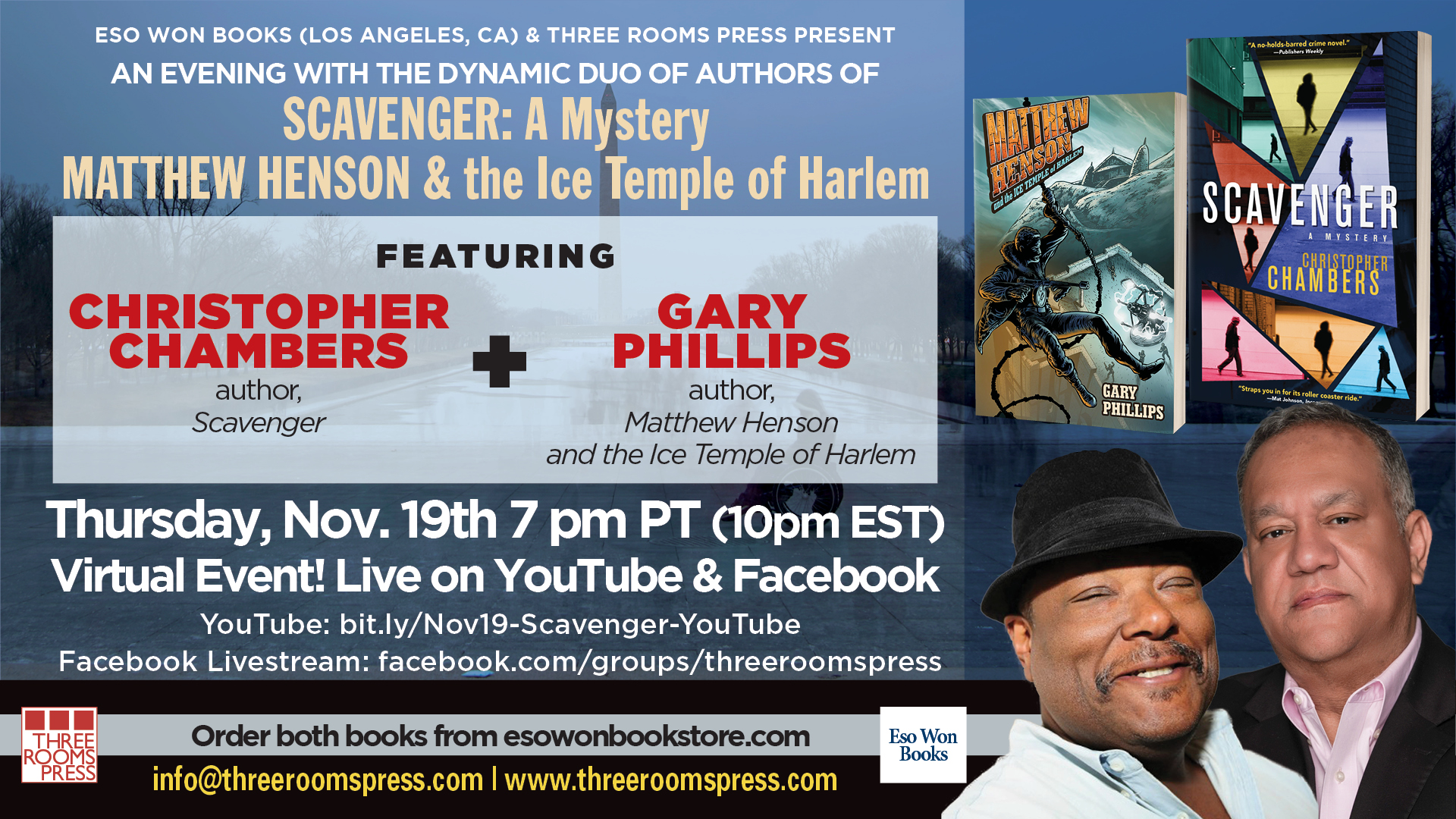 Gary Phillips writes comics and prose, and toils in television as a story editor on Snowfall, about crack and the CIA in 1980s South Central where he grew up. He edited Three Rooms Press’s Anthony-award winning anthology The Obama Inheritance and contributed to The Faking of the President and Crime Plus Music. His latest book is Matthew Henson and the Ice Temple of Harlem, now available from Agora.