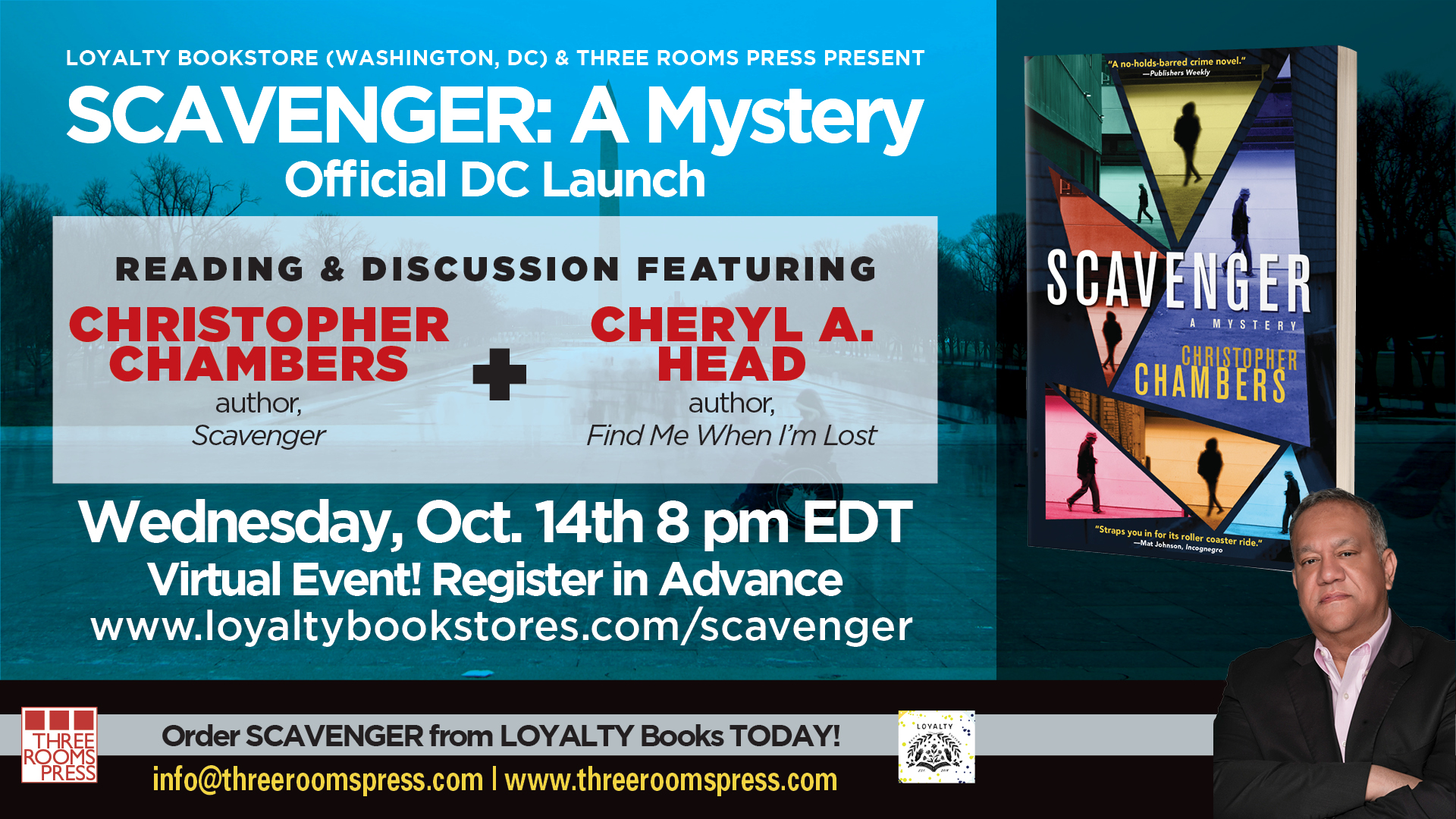 Join Loyalty Bookstores and Three Rooms Press for the launch of Scavenger by Christopher Chambers, in conversation with Gary Phillips. This event will be held digitally via Crowdcast. It is a free event but you must RSVP with Loyalty Bookstores to get the link and password.