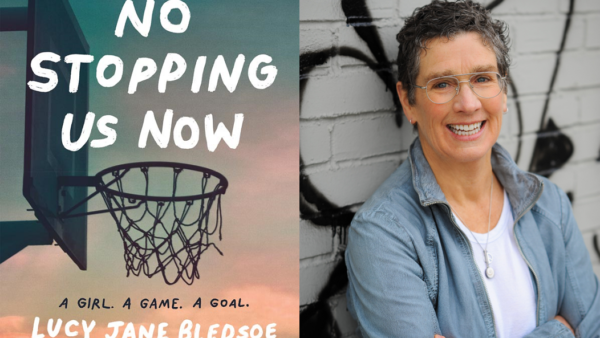 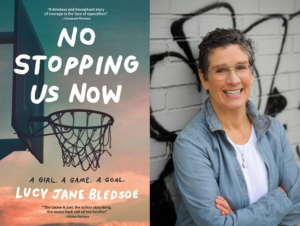 Join us to celebrate award winning author Lucy Jane Bledsoe’s first young adult novel, No Stopping Us Now, a powerful, moving story about finding one’s own voice through the joys of sports, love, and the strength of sisterhood. Register HERE.

Louisa loves to play basketball, but in 1974, her Portland, Oregon high school only offers a team for boys. An encounter with feminist Gloria Steinem teaches her about Title IX—the law that bans discrimination based on gender—so she asks her principal to start a girls team. Little does she know that she’ll soon be viciously targeted by male coaches at her school, lied to by the school board, and fall in love—a couple of times—as she fights for a fair chance to be an athlete. Based on the author’s true story, it is a compelling examination of the courage it takes to stand up for what’s right.

Joining her on stage will be Stanford’s Tara VanDerveer, the all-time winningest coach in women’s college basketball who has cemented herself as one of the top coaches in the history of the sport, both collegiately and internationally, and is a member of both the Naismith Memorial Basketball Hall of Fame and the Women’s Basketball Hall of Fame. An ambassador for both Stanford University and the sport of college basketball, VanDerveer has enjoyed an unprecedented level of success through an energetic and positive approach to the game. An avid piano player in her spare time, VanDerveer is also a published author of the book Shooting From The Outside, which chronicled her 1996 Olympic and National Team experience.

They will be joined by two youth athletes, Maya Martinez-Krams, a soccer player and activist, and Annabel Schneiberg. a basketball player who has signed to play at Santa Barbara.

Don’t miss this one of a kind inter-generational conversation to celebrate the 50th anniversary of Title IX and No Stopping Us Now.