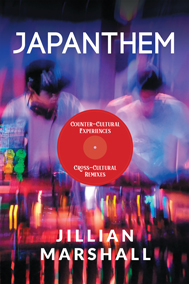 Fulbright and mtvU sponsored scholar Jillian Marshall offers honest and often humorous vignettes that delve far beyond Western stereotypes of Japanese culture to portray a society’s deep relationship with music, and what it means to listen and understand as a cultural outsider.

Following a decade of back-and-forth across the Pacific while researching her doctoral thesis in ethnomusicology, JAPANTHEM author Jillian Marshall reveals contemporary Japan through a prism of magic, serendipity, frustration, unique underground culture, learning life lessons the hard way, and an insatiable curiosity for the human spirit. The book’s twenty vignettes — including what it’s like to be subtly bullied by your Buddhist dance teacher, go to a secret rave in woods near Mt. Fuji, meet a pop star at a basement club while tipsy, and experience a nuclear disaster unfold by the minute — are based off first-hand experience, and illustrate music’s fascinating relationship to (Japanese) society with honesty, intelligence, and humor. JAPANTHEM offers a uniquely nuanced portrayal of life in the Land of the Rising Sun — while encouraging us to listen more deeply in (and to) Japan in the process.

For review copies, to set up an interview with the author, or for further information, please email Kat Georges via kat.georges@threeroomspress.com

Order JAPANTHEM directly from Three Rooms Press
or from your favorite online retailer or indie bookstore:

“In awe-filled vignettes, she juxtaposes the “inescapable” noise of Tokyo—and its “manically happy” train station jingles—with the “quiet, formal, ritualistic atmosphere” of a music festival in the rugged mountain town of Akita. She contemplates wabi sabi, the Japanese aesthetic that celebrates imperfect beauty; explores the seedier sides of locations not mentioned in tourist brochures—including Okinawa’s Kadena Military Base, where strip clubs butt up against all-night tattoo parlors; and dives into Osaka’s underground music scene, which is more about ‘resisting conformity’ than it is the actual music. Throughout, her sharp observations are interspersed with moving moments of introspection, as when she quietly muses that Japan may be ‘the only place in the world… where my heart feels like it can rest.’ This transportive work is a thrilling escape.” —Publishers Weekly

“Jillian Marshall is a kindred spirit: I too love Japan, music, and champion the bridging of academia with the public sphere. What a fun, accessible journey in a place considered too often, and incorrectly, as inscrutable.”  —Nancy Snow, Senior Adviser, Kreab Tokyo, author, Japan’s Information War

“Japanthem is a lively, sparkling, and very personal book, both about Japanese music and culture and about Marshall’s ambivalent relationship to academia. Born as a doctoral dissertation, the book couldn’t be further from the dry and scholarly reading experience of an academic book, which is the idea. Yet the author’s expertise and lived experience as a “researcher” figure centrally in the story she tells, and her knowledge of Japan’s musics, culture, media, and language. Part travel writing, part memoir, part ethnography, Japanthem immerses you in the author’s encounters with diverse facets of Japan and its music. The portrait of Japan that emerges is quirky, funny, and humane, both loving and, at times, appalled. Marshall closely observes Japanese musical culture and yet holds it at a certain distance, seen honestly through her outsider’s eyes. Throughout, Marshall’s writing crackles with wit and humor and emotional honesty, richly drawn characters and complicated situations.” —Aaron A. Fox, Associate Professor of Music, Columbia University

“Jill Marshall’s writing is so utterly engaging . . . Her style reminds me of Molly Ivins at her most cutting and sarcastic and breathtakingly honest. Her methodology and her self-reflective authorial stance remind me of John Miller Chernoff’s African Rhythm and African Sensibility (University of Chicago Press, 1978). Or the “comedy of academic manners” of David Lodge’s The Campus Trilogy novels. —Steven F. Pond, Associate Professor, Cornell University; author, Herbie Hancock’s Head Hunters: The Making of Jazz’s First Platinum Album

Excerpt from JAPANTHEM by Jillian Marshall

“In Tokyo, I once saw a guy slam his face into a cymbal, break a piece of Plexiglas over his head, and throw himself on the ground as he was playing distorted Metallica records at maximum volume, all while taunting a bunch of sweaty dudes (plus me) in a basement: ‘This is too gentle for you, isn’t it?’

“But there I was, laughing, nearly euphoric, and totally feeling these guys playing what was, in actuality, some pretty dark music. And I wasn’t the only one having a grand ol’ time; it was a packed party, an anniversary show that a friend has been putting together for a few years now. For a person who covers her ears when an ambulance goes by in the US, I wondered how I could actually enjoy the abrasive Noise gig in a grimy little basement somewhere in western Tokyo. It was so loud that my ears felt like they were growing a coating of fuzzy cotton from the inside out: a feeling I savored as I unexpectedly waxed nostalgic about temporary hearing loss. 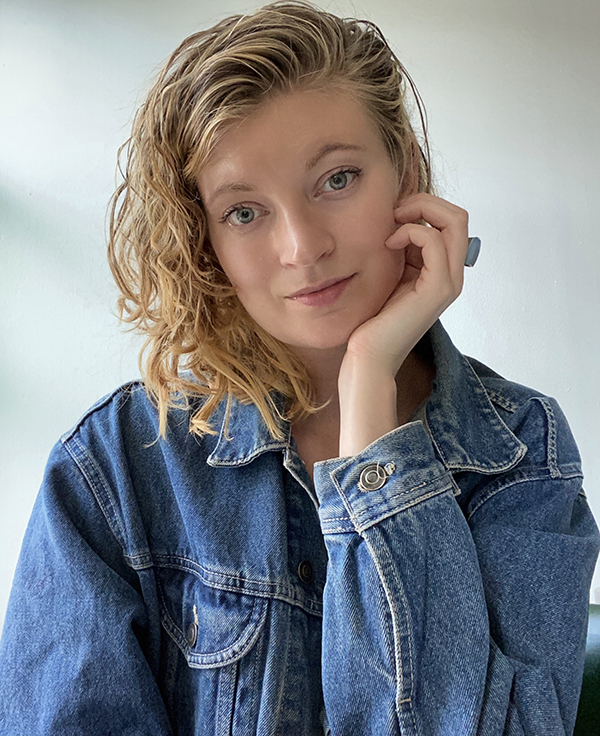 Jillian Marshall grew up in a rural town in Vermont, just south of the French-Canadian border. After graduating from the University of Chicago in 2009, she moved to a fishing village in Japan to teach middle school English. She came back to the US to pursue a doctorate in ethnomusicology at Cornell University, frequently returning to Japan to conduct research on contemporary Japanese music. Following the completion of her PhD in 2018, she left academia in pursuit of a more public intellectualism. In addition to writing, Jillian currently teaches the languages and history of Japan and China; she is also a lifelong musician, and plays trumpet and piano. She lives in Brooklyn, NY.