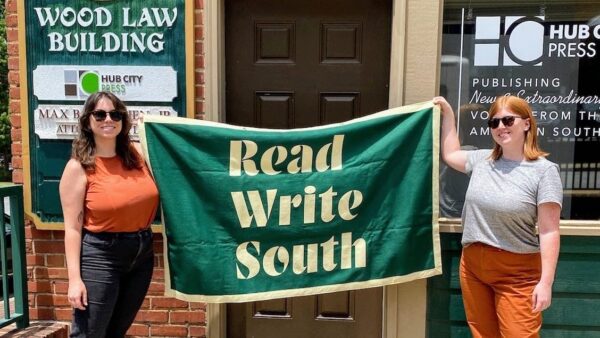 With the strange new pandemic landscape rocking the literary world, it’s more important than ever to support local indie presses and bookstores whenever possible and to create an energy that spreads beyond the big publishers. That’s why at 3RP, we want to feature the phenomenal Hub City Press in Spartanburg, SC, as the first of our new monthly spotlights on independent presses—sitting down with Hub City’s Kate McMullen and Meg Reid. Read below to hear about their diverse publications, traditions as a non-profit, and upcoming works!

3RP: What sets you apart as an independent press and bookshop? What do you look for in submissions, as a publisher featuring “new and unsung writers from the American South” and “diverse authors and books that don’t fit into the commercial publishing landscape”?

HCP: As a literary press, we publish books not for their commercial value, but for their artistic value. This means Hub City books usually don’t sell as many copies as general interest books from for-profit publishers. But it also means we’re able to actively search for underrepresented regional voices—voices that might not otherwise be heard—and, through robust marketing and publicity efforts, enter them into the larger literary dialogue. We are one of only two book publishers in the South funded by the National Endowment for the Arts and the only literary press that is committed to publishing and supporting lesser-heard Southern voices, including Black and Indigenous people, queer and trans people, immigrants, people with disabilities, as well as people from ethnic, cultural, and religious groups who have been historically oppressed and underrepresented by the publishing industry.

What this means in a practical sense is that we love books that show a South that isn’t reflected in corporate publisher’s lists—which tend to be all sweet tea, beaches, and magnolias. Novels like Over the Plain Houses and The Magnetic Girl offer feminist reimaginings of historical eras. The Prettiest Star and Sleepovers disrupt our understanding of rural America. Nonfiction like Flight Path: A Search for Roots beneath the World’s Busiest Airport and our recent anthology, A Measure of Belonging: Writers of Color on the New American South, complicate our understanding of the modern South.

There’s a hunger for these types of more authentic stories. Hub City’s recent successes include Kirkus Best Books of the Year, an NPR Best Book of the Year, coverage in the Wall Street Journal, the New York Times, the San Francisco Chronicle, the Los Angeles Times, magazines like Entertainment Weekly, O, The Oprah Magazine, and many others. By offering these voices a national platform, we work to transform and expand the national perception of the American South in literature and beyond.

3RP: How do Hub City Press and Hub City Bookshop interact with the greater Spartanburg community and with the South?

HCP: Hub City was founded in 1995 as a way to preserve a sense of place and to create literary identity for Spartanburg. In many ways, that’s still our singular mission. Our daily goal at Hub City Press is to amplify new and extraordinary Southern voices. We’ve been lucky to partner with some incredible Southern organizations like the Oxford American, Bitter Southerner, Southern Review of Books, the Southern Independent Booksellers Alliance—we could go on and on! These folks and all our Southern indie bookstores are a part of a vital network of Southern storytelling and identity-building that is so important to us.

Indie booksellers hand-sell indie press books to their customers. They do it because they understand the importance of reading deeply and widely, instead of letting only the large corporate entities shape their taste.

The most exciting thing about our mission (we’re the only publisher who exclusively publishes books by Southerners) is that we are able to champion a diverse range of authors whose books often don’t fit into the commercial publishing landscape. Just in the last 18 months, we’ve published or contracted books from working class, queer, Black, Indigenous, white, Latinx, and Asian American Southerners.

Here in Spartanburg, Hub City has evolved into a full-service literary arts programmer for our metro area—and, now that we’ve introduced lots of virtual, COVID-area programming across the South.

3RP: Could you describe your role as a non-profit organization, the Hub City Writers Project? What has been the most rewarding aspect of your history as a non-profit?

HCP: The press and bookshop are two arms of our larger organization, the Hub City Writers Project, which our founders named after the Depression-era Federal Writers Project and Spartanburg’s past as a railroad hub. We’ve worked hard to provide literary programming for our community in as many ways as we can, in the hopes that we can make books and writing accessible to the folks that live around us. We offer an annual summer creative writing conference, regular writing workshops online and in partnership with our fantastic downtown library, and a national residency program for early career writers. The bookshop hosts readings, open mics, donor celebrations, signings, and four monthly book clubs, and much more. Over the years, we’ve created programming for publishing internships, youth writing camps, and outreach programs into underserved local schools—most recently our Books as Mirrors program, which seeds elementary school libraries in disadvantaged neighborhoods with diverse children’s books for free, so kids are more likely to see themselves in the books they read. We work closely with the “project” aspect of our non-profit, so on top of seeing readers engage with our books, we have this double reward of seeing our efforts impact people around us every day—it really doesn’t get much more rewarding than that for us!

3RP: What would you say is the most important aspect and outcome of supporting independent presses and bookstores? Of bolstering the literary arts?

HCP: We couldn’t do what we do without indie bookstores! We knew that before we opened one back in 2010, but we understand it more fully now. We adore our own local indie stores and recently—especially during the COVID era—have made really meaningful friendships with stores across the country. Indie booksellers hand-sell indie press books to their customers. They do it because they understand the importance of reading deeply and widely, instead of letting only the large corporate entities shape their taste. 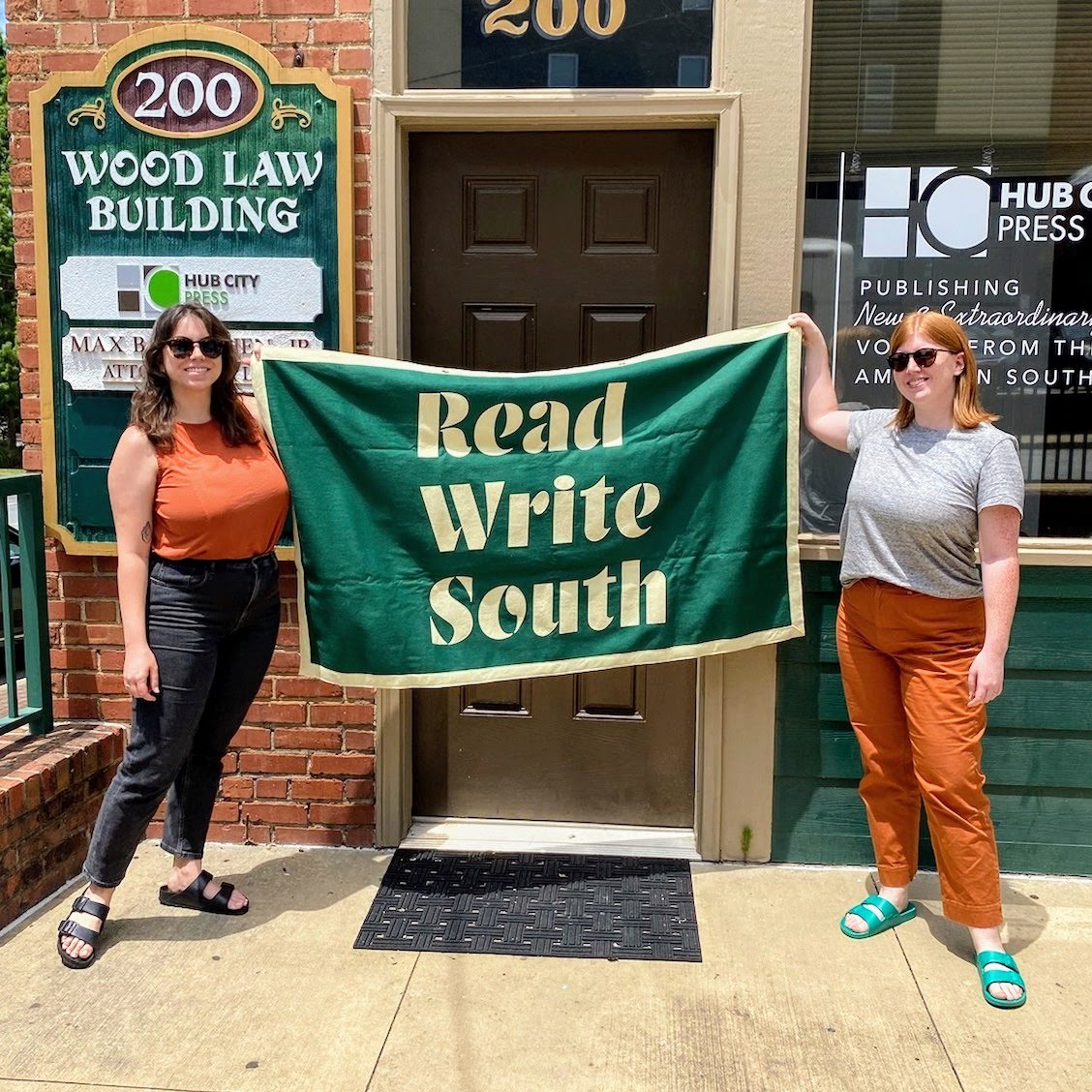 3RP: How have you adapted to the COVID pandemic landscape, and what are your goals for the future? Has the past year and a half changed your outlook? Any new traditions?

HCP: The onset of COVID-19 in March 2020 coincided with our huge annual fundraiser, and we had to cancel it at the last minute. It really struck us right from the beginning. Maybe a week after that, we closed our doors and sent everyone to work from home. We were able to pay our whole staff through the worst of the lockdowns with PPP funding, and had to make some tough decisions about keeping our store floor closed to the public and crafted messaging on masking and distancing, despite South Carolina government’s choices to allow most retail businesses to open. Early on, we wanted to be a source of information to our community about stopping the spread. Meanwhile, we pivoted to video content on our social media (our bookshop joined TikTok recently!) and to virtual workshop programming—two things that we plan to stick with from now on! We pushed back pub dates of our spring 2020 books and worked hard to make them visible. We actually learned a lot through that process and have made some strides in coverage for our books in national outlets.

3RP: Tell us about your most recently published pieces and what’s in the works—feel free to plug your new books! We will hopefully have an upcoming conversation with Carter Sickels and Julia Watts, two LAMBDA Award-winning authors of LGBTQ+ literature—could you tell us more about Sickels’ novel, The Prettiest Star, coming out next month on paperback? What do you hope readers will take away from it?

HCP: We’re so excited to release the paperback edition of The Prettiest Star in May! This was one of the 2020 titles we shifted the pub day for last spring, and we’re so glad we were able to give the book the breathing room it needed to burst out onto the scene in the midst of a pandemic. Carter just won the 2020 Weatherford Award for the best books about Appalachia, and he also won the Southern Book Prize, nominated by indie booksellers and voted on by their customers.

In addition to these recent awards, the book was named a “Best Book of 2020” by Kirkus Reviews and O, The Oprah Magazine; it was selected as one of the five Best Books of 2020 by the American Library Association’s Rainbow Committee; it was one of the Women’s National Book Association’s “2020 Great Group Reads Selections” and an Indie Next Pick in April 2020. The stories we’ve heard from readers of The Prettiest Star are so touching—it’s so clear that stories about AIDS experiences in rural communities are so much more common than people realize, and so many people have seen themselves in one of the characters in the book.

This spring we’ll also publish the eagerly anticipated first novel from Atlanta writer and activist Anjali Enjeti: The Parted Earth. Spanning more than half a century and cities from New Delhi to Atlanta, Anjali Enjeti’s debut is a heartfelt and human portrait of the long shadow of the Partition of the Indian subcontinent on the lives of three generations. We also have two recent poetry collections: Cleave by Tiana Nobile and Sparrow Envy: Field Guide to Birds and Lesser Beasts by renowned ornithologist writer J. Drew Lanham. 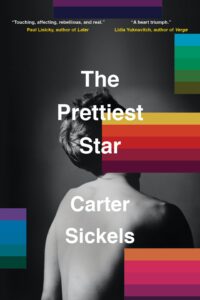 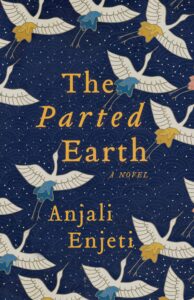 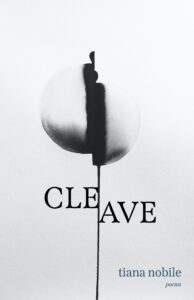 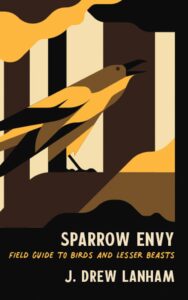