March is Women’s History Month and Three Rooms Press is ready to help you learn and grow through reading with a collection of books guaranteed to astound and inspire. 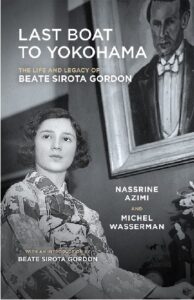 Twentieth-century Beate Sirota Gordon changed women’s history in Japan forever when, at age 22, she helped write the post-World War II Japanese constitution, insisting on the inclusion of an article that gave women legal rights pertaining to marriage, divorce, property, and inheritance. Prior to this article, Japan had never considered women to have any rights. Beate, who grew up in Japan as the daughter of famed classical pianist Leo Sirota, kept her work on the Japanese constitution secret for decades, during which time she helped introduce the United States to hundreds of Asian musicians, theater groups, and other performing artists. Her work influenced hundreds of Western artists, including Robert Wilson, David Byrne, and Peter Sellars. In particular, she served as a mentor to Yoko Ono, providing guidance and performance opportunities in her formative years as a leading avant grade performance artist. LAST BOAT TO YOKOHAMA tells the whole story, from Beate’s upbringing to her later work, including the high honors she holds among Japanese feminists to this day. (English and Persian editions available from Three Rooms Press) 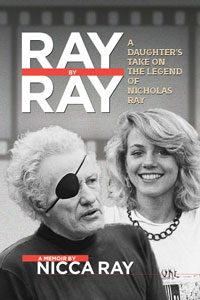 Ray by Ray: A Daughter’s Take on the Legend of Nicholas Ray
By Nicca Ray
With an introduction by Samantha Fuller

What is like to grow up as the daughter of one of Hollywood’s most notorious male directors, Nicholas Ray? For Nicca Ray, it was not a bed of roses. While her father was a world-famous auteur, she grew up largely away from him, yet did her best to embody his most reckless traits to feel more “connected.” By 14, she was drinking and snorting cocaine; by 18, having lost many friends and her own health, she became sober and has stayed that way since, carving for herself an artistic life including writing several plays, writing a directing two movies, writing poetry, and researching, interviewing, and compiling notes from hundreds of sources for RAY BY RAY.  As Library Journal notes, “In this intimate blend of memoir and biography, [Nicholas Ray’s] daughter, Nicca, a filmmaker and writer, explores her father’s complex life and artistic legacy as well as their own complicated relationship and his impact on her life. … This contemplative, deeply personal portrait of both Rays will appeal to readers interested in mid-century Hollywood.” Includes more than 50 photos from her personal archive. 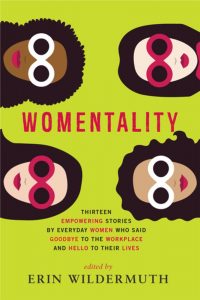 Womentality: Thirteen Empowering Stories by Everyday Women Who Said Goodbye to the Workplace and Hello to Their Lives
Edited by Erin Wilrdermuth

Before COVID struck, and employees around the world were forced to work from home, the idea certainly sounded appealing. Who wouldn’t want to give up a daily commute and work from wherever they wanted? Now that the pandemic has introduced millions of workers to the idea of remote work, many may be ready to take the next step—starting their own businesses—just like these 13 women from diverse countries including Uganda, Venezuela, Poland, Palestine, England, Australia and the US. None of these women started with anything other than the desire to work for themselves, whether they sought freedom to travel, to spend more time with family, to escape demeaning office politics, or simply to control their own careers. As Booklist notes, “Striking out on your own can seem imposing, but women seeking a professional change may find a biography that resonates in this book.” 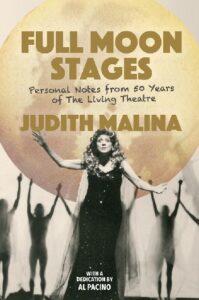 If one person could embody the word “will,” my vote would go to Judith Malina, who, with Julian Beck, co-founded the legendary Living Theatre which changed the course of theatre around the world in the 50s, 60s, 70s, and beyond. Judith’s intimate memoir keeps the avant grade spirit alive with her unique approach: a collection of notes written on every full moon for 50 years, from 1964 to 2014. These never-before-published entries reveal Malina’s most private thoughts and inform the reader on what The Living Theatre was performing as they wound their way from New York City to Italy, France, Belgium, Germany and Brazil in a nomadic series of notable performances of such underground classics as The Brig, The Connection, and Paradise Now. A great gift for artistic women seeking inspiration, or for anyone interested in the history of avant grade theatre. Midwest Book Review calls this, “An exceptional memoir rich with detail and an inherently fascinating read from beginning to end. . . . FULL MOON STAGES is very highly recommended for both community and academic library Theatrical History and Theatrical Biography reference collections.” Includes preface by Al Pacino 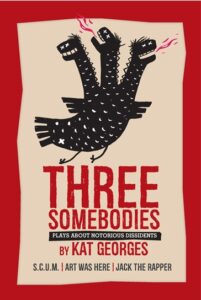 3RP’s own co-director Kat Georges takes on a trio of three notorious rebels in this collection of plays, kicking things of with the infamous Valerie Solanas, whose rebellious (and funny!) diatribe, the SCUM Manifesto came to world renown after she shot Andy Warhol. Georges’ “SCUM: The Valerie Solanas Story” alone is worth the price of admission of this collection, with a spirited writing style, and lots of historical facts in the mix, and a play that’s been performed across the United States. Library Journal raved that this collection is “For those who enjoy the theater of the absurd. … Brilliant in the abstract.” Definitely check this one out.

Everything Grows: A Novel by Aimee Herman
Quiver: A Novel by Julia Watts
Weird Girl and What’s His Name: A Novel by Meagan Brothers

And for poetry lovers, check out these strong women poets:

Atrium by Hala Alyan
Isula d’Anima by Patrizia Gattaceca (in English and Corsican)
Our Lady of the Hunger by Kat Georges
Signature Play: Lyrical Poems by Jane LeCroy
On This Borrowed Bike by Lisa Panepinto
Recreational Vehicles on Fire and Welcome to the Museum of Cattle by Jane Ormerod