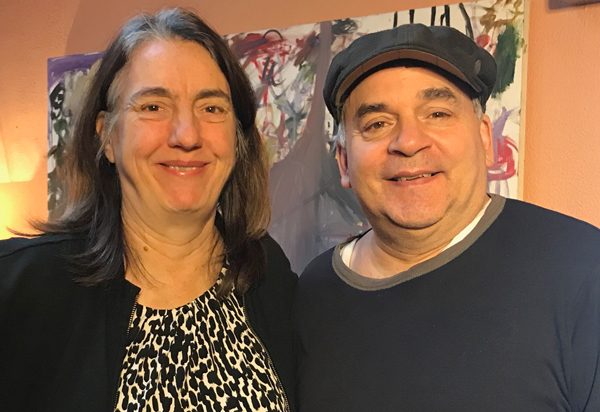 Well, here we are at the end of another year. And what a year 2019 was! So many globally-significant events occurred in 2019, such as: 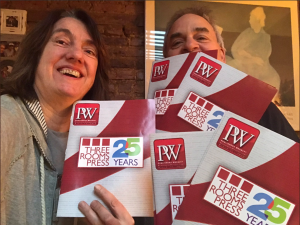 Yes, 25 years is quite the milestone. We’ve now published nearly 80 full-length books including literary fiction, memoir, biography, dada, mystery/noir, science fiction, young adult, translation, and poetry, plus more than 20 chapbooks. We’ve hosted hundreds of readings, festivals, dada salons, and performances around the world. We have had so many treasured moments along the way, meeting brilliant authors, discussing literature, and doing our very best to make the world a better place, one book at a time. In March we were honored to be featured on the cover of Publishers Weekly. As we launch into our next 25 years, we look forward to continuing to publish the finest works we can find, and to do our best to make them known to the world.

This year, we published a slew of fresh books that embrace diversity, and received widespread critical acclaim. 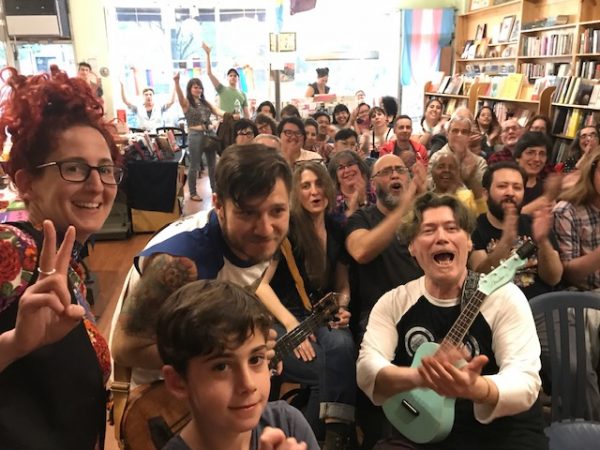 Launch celebration for Aimee Herman’s EVERYTHING GROWS at Bluestockings Bookstore May 10, 2019. 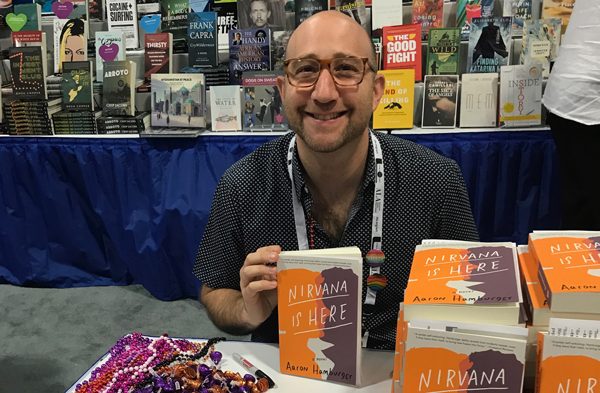 NIRVANA IS HERE author Aaron Hamburger signs his novel at the American Library Association annual conference in DC on June 20, 2019. 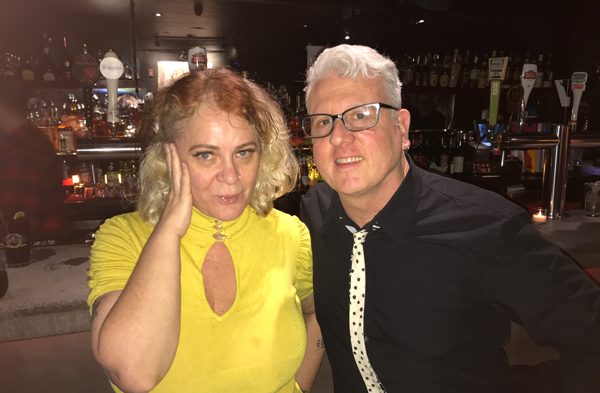 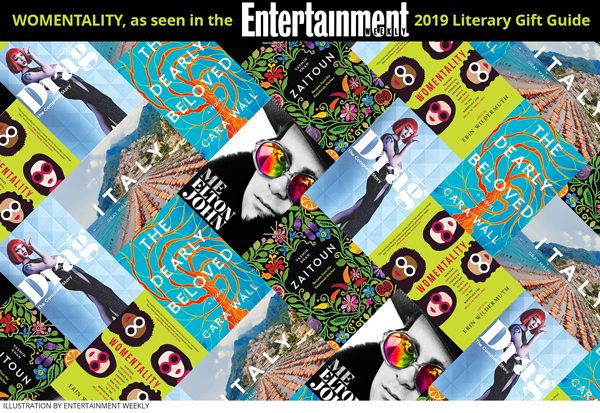 WOMENTALITY was one of 30 books picked by Entertainment Weekly for its annual Literary Gift Guide, December 18, 2019. 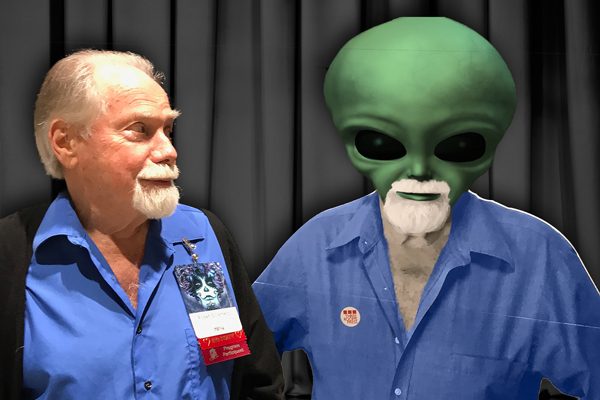 Robert Silverberg struck again with a collection of riveting stories about aliens–just in time for the Raid on Area 51, September 20, 2019. 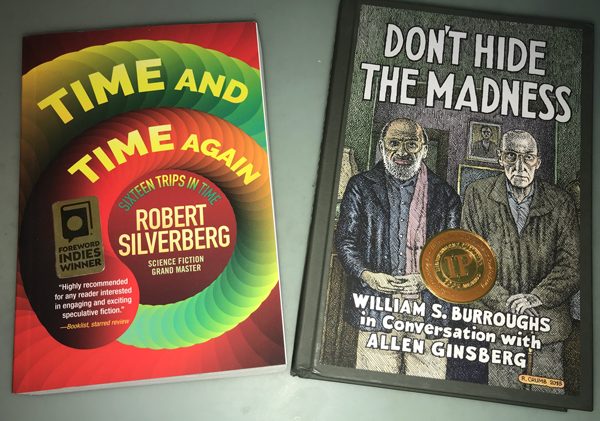 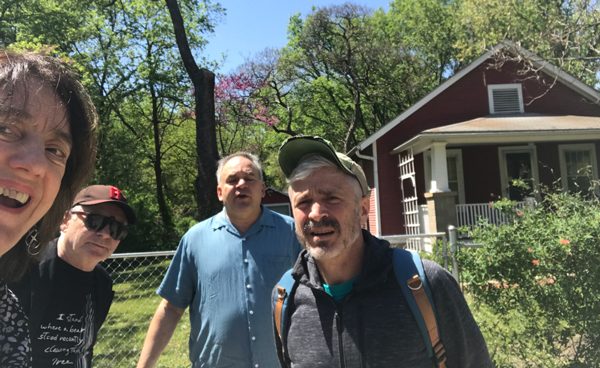 And speaking of Don’t Hide the Madness, we were thrilled to present this wonderful title to a packed house at San Francisco’s esteemed City Lights Bookstore in February (in celebration of William Burrough’s 104th birthday. We also hosted a Don’t Hide the Madness Literary Festival in Lawrence, Kansas, with readings and panel discussions at Kansas University, Raven Bookstore, and even William Burroughs’s former home.

This year was not without controversy, especially with regard to two 3RP LGBTQ young adult novelists. 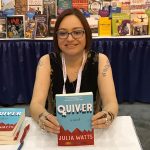 We were shocked when novelist Julia Watts (Quiver) was disinvited from the Knoxville, TN Teen Lit Fest in September after the library “discovered” that in addition to her award-winning young adult novels featuring LGBTQ characters from Appalachia, she had also authored award-winning erotica short stories featuring lesbian characters. Another festival participant, Knoxville Poet Laureate Marilyn Kallet, withdrew in protest, saying, according to The Washington Post, “Whatever the library’s intention, the damage to a fine emerging author, the damage to free speech, and the damage to trust, are all very real.” The controversy was covered by local television and radio, as well as national media. Watts says she was “touched by the outpouring of support from librarians and other authors and teachers and people who believe in freedom of expression.” She has since received numerous invitations to participate in literary festivals around the country. 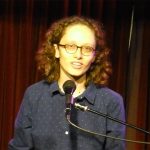 Meanwhile, in Loudoun County, Virginia, Foreword Reviews 2015 Young Adult Book of the Year, Weird Girl and What’s His Name, by Meagan Brothers, has been the subject of controversy after its inclusion in a diverse classroom libraries program. A few parents claimed that the book—featuring LGBTQ characters and situations—was “grossly inappropriate” for inclusion in the schools’ libraries. The American Civil Liberties Union of Virginia Executive Director Claire Guthrie Gastañaga responded with a letter urging the school district to reject the removal of Weird Girl and other controversial titles, saying, “Purging certain books from school libraries because some parents do not like them is government action favoring the opinion of some parents over others. In fact, bending to the will of any number of vocal parents could lead to a narrower and narrower list of books for students to read on a more and more homogeneous set of topics, adversely affecting the rights of those students and parents who want a more expansive and inclusive reading list from which to choose.” 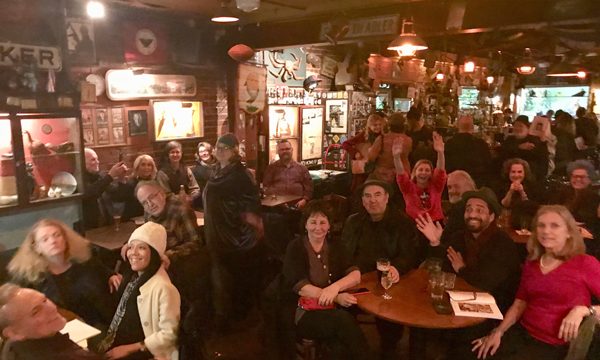 In this era of divisive politics, we’ve found that our annual Dada journal has provided a unique form of protest. The 2019 issue, MAINTENANT 13 was packed with internationally-sourced contemporary Dada art and writing on the theme of “A.I.: Artificial Ignorance.” We hosted four Dada salons in New York and California, and each was notable for the intensity and poignancy of the performances. The last salon of 2019 was held at the venerable North Beach, San Francisco gathering spot, Specs’ and featured performances by Jack Hirschman, Maw Shein Win, Marina Kazakova, and more. Check out these photos from the event here.

Thank you for all your support throughout the years. Wishin you all the best in the new year!