↓
Home→Overview→EVERYTHING GROWS: A Novel by Aimee Herman
Share This! 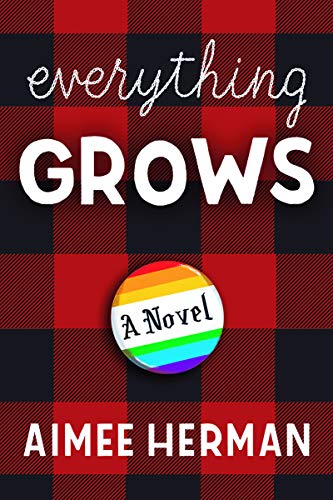 “The grace, honesty, and bravery with which [Herman] addresses issues that many won’t touch with a ten-foot pole will shake you to the core.” – Lily Rex, Blotterature

Fifteen-year-old Eleanor Fromme just chopped off all of her hair. How else should she cope after hearing that her bully, James, has committed suicide?

When Eleanor’s English teacher suggests students write letters they’ll never send, Eleanor writers to James. With each letter she writes, Eleanor discovers more about herself, even while trying to make sense of his death. And, with the help of a unique cast of characters, Eleanor not only learns what it means to be inside a body that does not quite match what she feels on the inside, but also comes to terms with her own mother’s mental illness.

Told through a series of letters and set against a 1993-era backdrop of grunge rock and riot grrl bands, EVERYTHING GROWS, by Aimee Herman, depicts Eleanor’s extraordinary journey to solve the mystery within her and feel complete. Along the way, she loses and gains friends, rebuilds relationships with her family, and develops a system of support to help figure out the language of her queer identity.

Through author Aimee Herman’s exceptional storytelling, EVERYTHING GROWS reveals the value of finding community or creating it when it falls apart, while exploring the importance of forgiveness, acceptance, and learning how to survive on your own terms.