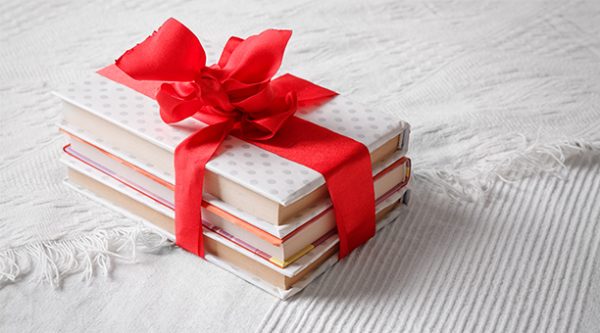 This holiday season, we’re happy to recommend our extraordinary books for your extraordinary friends, co-workers, family members. Here’s a breakdown to help make it easier to decide who gets what. Remember, all Three Rooms Press books are available on our website at https://threeroomspress.com/shop

The Obama Inheritance: 15 Stories of Conspiracy Noir
As the Washington Post notes, “Resistance takes many forms, particularly in the current political climate. Few methods of protest are as cheerfully strange and purposefully bizarre as The Obama Inheritance.”  The collection’s editor, noted crime author and political activist Gary Phillips, writes, “This collection … has a soundtrack by Parliament/Funkadelic and Hendrix, and is inhabited by the sensibilities of the hardboiled and the damned. … In an era that might be cast as the depths of the Great Deception, you’ll discover sobering truths amid the fantastic fictions these new pulp stories deliver from the first page on.”

BAD: The Autobiography of James Carr
The harrowingly brutal and unapologetic story of the notorious African-American career criminal who went straight out of Compton to a reformatory after burning down his school at the age of 9. Originally released in 1972, BAD remains a harsh indictment of the American penal system and a primer for the seeds of institutionalized racism in this country. Social justice activist blogger Milo and the Calf says of BAD: ““I’ve read scores of memoirs from radical political activists. This one, by James Carr, is among the best. …” Bustle says, “”Not for the faint of heart, BAD depicts just how impossible escaping the cycle of systemic violence really can become.”

Full Moon Stages: Personal Notes from Fifty Years of The Living Theatre
From it’s founding in the 1950s through today, The Living Theatre has been recognized internationally as a highly-controversial, radical political theater troupe. Collected here are notes written by founder Judith Malina on every full moon from 1964 to 2014, the year she passed away, forming an intimate memoir on the challenges and rewards of commitment to the struggle. Los Angeles Review of Books dubs it, “A minimalist, touchingly intimate record of a phenomenally active life.” And Midwest Book Review calls it, “An exceptional memoir rich with detail and an inherently fascinating read from beginning to end. Of special note is the succinct dedication by Al Pacino. FULL MOON STAGES is very highly recommended.”

For Readers in Search of a Deeper Perspective

Celestial Mechanics
In his debut novel, acclaimed writer William Least Heat-Moon (Blue Highways) has created a stunning master work of fiction that Midwest Book Review calls “An erudite, sophisticated, inherently engaging, and unfailingly entertaining read from beginning to end … unreservedly recommended.” Heat-Moon takes readers on “a Blue Highways of the mind” as protagonist Silas Fortunado desperately searches for meaning in a life that spirals out of his control. The Proximal Eye calls it, “a road trip of souls.” And Booklist raves that it offers “An entrancing journey toward deeper insight into the cosmos, an exploration readers will share and savor with every masterfully crafted sentence.”

First-Person Singularities
This critically-acclaimed work by beloved sci-fi Grand Master Robert Silverberg features 18 thought-provoking first-person short stories written over five decades. Publishers Weekly’s starred review raves, “Time and again, Silverberg sets the bar high for himself and then clears it. . . .  This fine retrospective collection is worth any SF reader’s time.” Acclaimed sci-fi editor John Joseph Adams notes, “I can say without hyperbole that this book contains some of the best works I have ever read.” And Library Journal points out, “Encompassing the bulk of his career from the mid-1950s to the late 1990s, these tales reveal Silverberg experimenting with different writing styles and perspectives. Combine this with changes in American culture over that period and the result is a compelling volume that reflects the evolution of a writer, a country, and a genre. … If you’re a fan of sf stories, or if you’re interested in introducing a friend to the genre, this title is an excellent choice.”

This Way to the End Times: Classic Tales of the Apocalypse
Twenty-one gripping stories about the not-too-distant demise of the earth as we know it, by science fiction’s most beloved writers, including Jules Verne, Ursula K. LeGuin, Jack Vance, and edited by Robert Silverberg. Publishers Weekly’s starred review calls it “Exceptional … stunning.” And Booklist’s starred review raved, “This is a much needed volume that will both satisfy the high demand for apocalyptic tales and remind readers of the actual breadth and depth of this literature of the end of the world.”

Punk Avenue: Inside the New York City Underground, 1972-1982
A brilliant, often hilarious first-hand account of New York City’s early punk rock scene, as experienced by Phil Marcade–lead singer of beloved punk-blues band The Senders–who left Paris to discover America and wound up at the start–and heart–of the punk rock era. Kirkus Reviews calls it “A must-read for those who love that era and want a fresh perspective on it.” MOJO Magazine’s four-star review calls it “a suave evocation of a lost, grittier New York.” And VICE sums up, “Get it! It’s great!”

Mike Watt: On and Off Bass
A stunning collection by legendary punk bassist Mike Watt (The Minutemen, Firehose, Iggy and The Stooges) that juxtaposes tour diary snippets and poetry with photos by the author taken in his San Pedro home. Noted cultural critic and author Rick Moody call it “sincere, funny, handmade, beautiful, totally idiosyncratic, and entirely original.” The New Yorker dubs it “unusual and beautiful.” MTV calls it “a charming, well-shot document.” And Detroit Metrotimes notes that it is “a unique insight into Watt’s mind.”

Maintenant: A Journal of Contemporary Dada Writing and Art
Published since 2005, the annual Maintenant journal has earned well-deserved international praise. Highlighting writing and visuals by leading Dada-influenced artists from around the world, Maintenant “features work that is timely and relevant” according to Tribe L.A. Magazine. Seattle Book Review raves that the content is “often political and usually poignant,” while Portland Book Review notes that it offers “excellent examples of collage and montage techniques, and Interesting visual poems.”

Three Rooms Press started as a fearless publisher of poets from the underground scenes around the world. Here are just a couple of highlights from our deep list.

Be sure to explore all of our titles. Any one of them would make the perfect gift for a special someone on your list.