↓
Home→Book Deals→Celebrate National Reading Month with WEIRD GIRL AND WHAT’S HIS NAME: 40% Off in March
Share This! 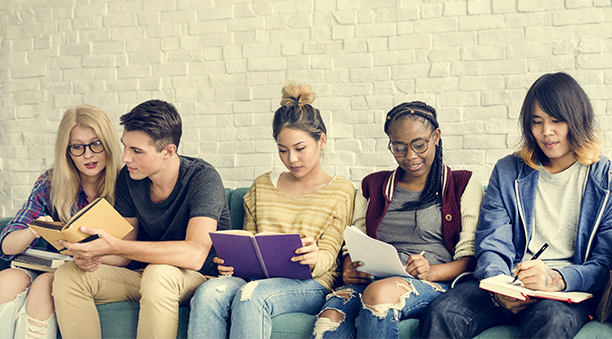 This March, young readers in schools across America will participate in National Reading Month, and Three Rooms Press is celebrating by spotlighting Weird Girl and What’s His Name as our March Backlist Feature! For the entire month, our first-ever YA novel will be on sale on our website, at a discount of 40% off throughout March. Pick up a copy for yourself or for the teen in your life and take a journey of self-discovery with Lula and Rory.

Weird Girl and What’s His Name by Meagan Brothers is the winner of the IndieFAB Best Young Adult Fiction Book of 2015 and has been named to the 2017 Rainbow Book List. Foreword Reviews raves, “reminiscent of Judy Bloom’s Are You There God, It’s Me, Margaret and Tiger Eyes in the way it tackles somewhat taboo subjects within a smoothly written narrative. It has all the makings to become a classic of this generation.”

We at Three Rooms Press adore Weird Girl and What’s His Name. It’s the perfect book to kick off National Reading Month and to spark insightful classroom conversations or discussions between teen and parent or friend and friend. Get your copy today at 40% off! 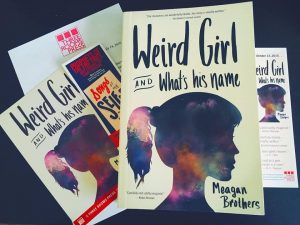 In the tiny podunk town of Hawthorne, North Carolina, seventeen-year-old geeks Lula and Rory share everything—sci-fi and fantasy fandom, Friday night binge-watching of old X-Files episodes, and that feeling that they don’t quite fit in. Lula knows she and Rory have no secrets from each other; after all, he came out to her years ago, and she’s shared with him her “sacred texts”—the acting books her mother left behind after she walked out of Lula’s life. But then Lula discovers that Rory—her Rory, who maybe she’s secretly had feelings for—has not only tried out for the Hawthorne football team without telling her, but has also been having an affair with his middle-aged divorcee boss. With their friendship disrupted, Lula begins to question her identity and her own sexual orientation, and she runs away in the middle of the night on a journey to find her mother, who she hopes will have all the answers. Award-winning author Meagan Brothers (Debbie Harry Sings in French and Supergirl Mixtapes) offers piercing prose in her latest fresh LGBT YA novel WEIRD GIRL AND WHAT’S HIS NAME (ISBN 978-1-941110-27-0, Three Rooms Press, October 13, 2015), which speaks to anyone who has ever felt unwanted and alone, and who struggles to find their place in an isolating world.

WEIRD GIRL AND WHAT’S HIS NAME