↓
Home→interviews→What Would Robert Silverberg Do? An Exclusive Interview with the Sci-Fi Master
Share This! 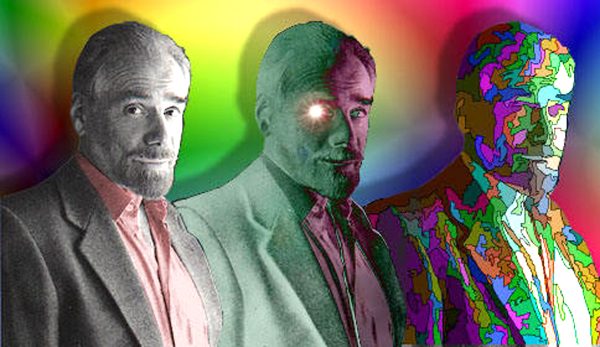 In light of the coming Trumpocalypse, Three Rooms Press co-director Peter Carlaftes asked multi-Hugo and Nebula award winning author, Science Fiction Grand Master, and editor of our current blockbuster anthology THIS WAY TO THE END TIMES Robert Silverberg a few questions about Time travel, aliens, and the end of the world. His answers are enlightening.

ONE) Time travel exists. Where would you travel, why there, and what would you do?
Robert Silverberg: I would not travel very far. Yes, it would be fun to behold the Parthenon in all its undamaged Periclean glory, or to watch the Pyramid of Khufu being built, or swap shop talk with Bill Shakespeare. But the past is a rough place, where a civilized sort like me would probably find himself over his head in trouble right away (gangs of bandits, casual marauders, murderous thieves lurking in alleyways, unkind bacteria, who knows?) and there is the problem of being unable to speak any current useful language and having to do without 21st century medicine, hot and cold running water, knives and forks, aspirin, e-mail, and a lot of other snuggly stuff. What I would do instead of taking a long leap into some fascinating corner of the distant past, if I were handed a time machine, would be to take myself back to 1952 or thereabouts and tell my teenage self, who was so worried about girls, college admission, learning how to drive, and launching a career, among other things, that it would all turn out all right. I’m not sure whether he would believe me, considering how thoroughly well it all did turn out, but I would, at least, try to assuage his various uneasinesses and hope that the poor kid would take me seriously.

TWO) Alien beings live amongst us. What is their purpose for remaining anonymous?
Robert Silverberg: It’s only common sense to keep a low profile on a dangerous planet like this. I do myself, and I was born here.

THREE) You receive a portent –The future of humanity is in your hands. Which direction would you choose?
Robert Silverberg: I’d impose the Golden Rule as a mandatory condition of behavior. It’s the only moral code we need, and if it everybody had to adhere to it all human strife would cease, since we are all motivated primarily by self-interest, and under worldwide Golden Ruleness we would be sure to be nice to everybody else.

FOUR) This is the last year of the human race on Earth. How will life end in 2017?
Robert Silverberg: Since 2016 has brought us some big surprises, how about an even bigger one for 2017? Instead of the global warming that is so widely expected, we get a sudden ice age, 24/7 snowstorms, glaciers in Florida, a total freeze from pole to pole. Brrr.