↓
Home→Overview→WEIRD GIRL AND WHAT’S HIS NAME named  Foreword Reviews’ 2015 INDIEFAB YA Fiction Book of the Year
Share This! 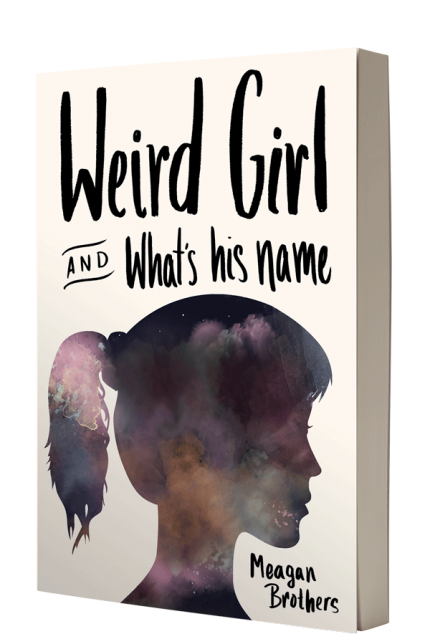 NEW YORK—Today, Three Rooms Press is pleased to announce WEIRD GIRL AND WHAT’S HIS NAME has been recognized as the Gold winner in the 18th annual Foreword Reviews’ INDIEFAB Book of the Year Awards for YA Fiction.

Narrowed down from nearly 2,000 entries by a panel of librarians and booksellers, along with Foreword Reviews’ editorial staff, the winners in 66 categories are considered the year’s best books published by independent publishers, university presses, and self-published authors. Foreword Reviews made the announcement in a live presentation at the American Library Association Annual Conference. A complete list of winners can be found at: https://indiefab.forewordreviews.com/winners/2015/
“Foreword’s INDIEFAB judges are the key to our winners selection process, and, in our minds, the most foolproof way to choose award-winning books,” said Victoria Sutherland, publisher of Foreword Reviews. “We work with a librarian and bookseller in each category to provide us with an insider’s perspective on what would do well on consumer and library shelves. Using industry professionals confirms the trade quality of a book.”
“Three Rooms Press is thrilled to congratulate Meagan Brothers for winning the INDIEFAB YA Fiction Gold medal for her fabulous book, WEIRD GIRL AND WHAT’S HIS NAME.” said Peter Carlaftes, co-director of Three Rooms Press. “As Foreword Reviews noted about WEIRD GIRL: ‘With refreshingly real teenage protagonists, this compelling YA novel has all the makings to become a classic of this generation.’ We certainly agree and are proud of all the members of the team who worked on this project.” For more details on this new classic, visit WeirdGirlandWhatsHisName.com.
About Three Rooms Press: Three Rooms Press is a fierce New York-based independent publisher inspired by dada, punk, and passion. Founded in 1993, it serves as a leading independent publisher of cut-the-edge creative, including fiction, memoir, poetry translations, drama and art. In addition, Three Rooms Press produces and promotes a variety of literary and cultural events worldwide, including readings, plays, workshops, and concerts. Three Rooms Press books are distributed by PGW / Ingram.
About Foreword: Foreword Magazine, Inc is a media company featuring a Folio:-award-winning quarterly print magazine, Foreword Reviews, and a website devoted to independently published books. In the magazine, they feature reviews of the best 170 new titles from independent publishers, university presses, and noteworthy self-published authors. Their website features daily updates: reviews along with in-depth coverage and analysis of independent publishing from a team of more than 100 reviewers, journalists, and bloggers. The print magazine is available at most Barnes & Noble and Books-A-Million newsstands or by subscription. You can also connect with them on Facebook, Twitter, Google+, and Pinterest. They are headquartered in Traverse City, Michigan, USA.