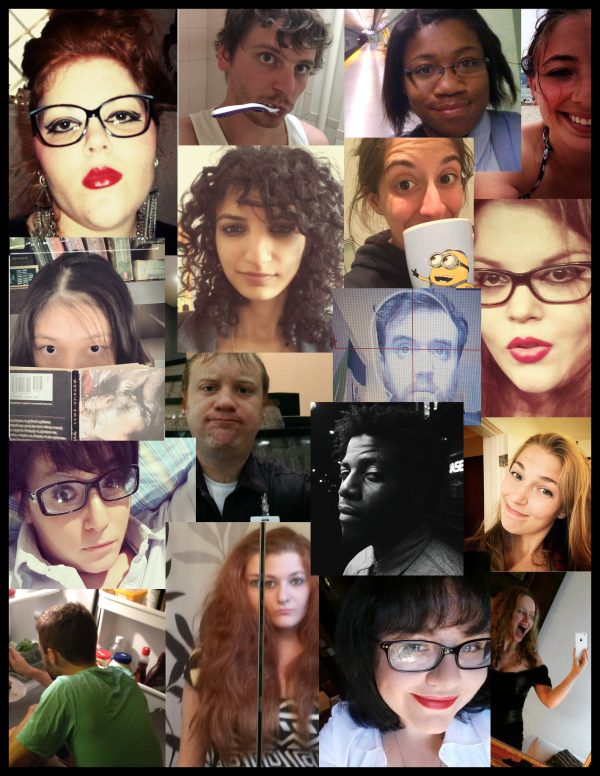 Writers on writing is always a popular subject. There are probably thousands articles and books, and listicles and Pinterest boards devoted to the words of King and Morrison and Ishiguro and, inevitably, Emerson—and this is, perhaps, as it should be. These are writers looking back over their long and triumphant careers, their greatest successes. They’ve made it; they’ve achieved what so many long to accomplish, and this is why readers and writers compile endless lists of quotes about the dreams and motivations and muses of the Greats.

But we rarely hear about writers just beginning their journeys—the ones only just beginning to strive publicly, instead of in the quiet confines of their mind. Margaret Atwood famously said, “Reading and writing, like everything else, improve with practice. And, of course, if there are no young readers and writers, there will shortly be no older ones. Literacy will be dead.”

And so, in the spirit of moving forward, of looking to the future of literacy and literature, we asked the young, millennial-aged writers anthologized in Songs of My Selfie to share their views on writing. We asked them to put into words just why they write.

Here’s what they have to say:

I write because I get bored. It’s the only socially acceptable of reliving my childhood playtime. I’d come up with fantasies of conspiracies and rebellions and talking to trees, but if I still acted the way I did then, I’d be labeled immature at best and delusional at worst. I also communicate better in print than in speech. When talking, I get tongue tied and intimidated. Maybe it’s because of all of the texting and Facebook commenting, but I feel better when I can go back and edit my words and phrase them in a way to make people listen. —Stephanie Bramson, “Becoming John Doe”

I write, and feel the need to write, because I’m so often unsatisfied with how things really are, and also, most importantly, because I have so many questions. Despite my dissatisfaction, I am intensely interested in the lives of others. I want to know how other people move through the world and how they spend their hours; I want to know what they love and what they fear and what turns them on. I guess some would call this nosy behavior, and I would accept that criticism. —Angela Sloan, “The Lovesick Picture Show”

I write because, sometimes, screaming into the exact same void as everybody else feels like getting to be a part of a conversation. —Mina Holmes, “Small Bump”

Millennials, or the MySpace generation, the Facebook generation, or whatever the hell Time magazine is calling us now, were raised to be storytellers. Even the most non-literary among us grew up telling tall tales about our lives through newsfeeds, profile pictures, and anything else that could be measured in kilobytes. For me, writing is a way to examine the construction of life’s narratives more closely—to find the spaces between the truths we tell others, those we tell ourselves, and the answers to life’s broken-toothed, marrow-scraping questions—are you all right? Is it safe? Are you ever coming home?  —Angus McLinn, “Baby Teeth”

I write because a lot of people are a little broken and a little lost and in science class they told me the earth was round, beyond a doubt, but they once believed the earth was beyond a doubt, no question, flat. I write stories that are moments in people’s lives that maybe aren’t good or bad or as important as we think they are. But they’re there and they are real. They’re made of feelings, these little pockets of love and pain and hope, and the space in between where you can’t really feel anything, you are just alive. —Theresa Buchta, “Victoria”

I write because nothing I have yet experienced feels better than having written—even if only a paragraph or a single line. No success at work, no outing with friends, no other artistic composition, feels so fulfilling as having created a story—a scene, a deep fog of emotion—that is wholly of my own mind. —Constance Renfrow, “The Edge of Happiness”

I believe in the power of words, and how important it is for anyone who has ever struggled at any given point in their lives to have a favorite novel or author to turn to. In the same way my favorite authors have shaped and influenced me—how their work speaks to me so personally and intimately, without them ever having met me—I write to give back through literature the same way I have learned, been comforted, and been influenced by it. Writing sets off a spark in my heart, and I’m going to start a fire. —Tiffany Ferentini, “Glitter and Glue”

For as long as I can remember, I’ve been in love with storytellers. Whether it’s a painter, filmmaker, or novelist, I’ve always wanted to be a part of a world where beauty comes to life. The beauty I explore just happens to come to fruition through words instead of paint. I can create whole worlds and explore an idea that seems interesting at any given moment by putting words on a page. Stepping into different worlds through films has always made me incredibly happy and I find it endlessly satisfying. I hope to tell the stories that not only films and paintings are made of, but dreams as well. —Katherine Sloan, “Because You Were Under Thirty”

Right now, the most fun I can have is to try to make my own words make me feel something. Although the unexpected emotions are gold, laughter is always my goal. When you can make yourself laugh it’s the best of both words: you’re the comedian and the audience. It just feels good. So basically, it’s totally selfish why I write. There are more harmful ways to spend your time, is how I justify it I guess. If my stories can make others laugh, or make others feel unexpected and complicated emotions, well then it’s more than feeling good, then it’s a bonus, then its rewarding, then you’re building community. I don’t think there’s anything different about millennials in terms of desiring community—and—it’s like—maybe we need it the most? —Tyler Barton, “Ten Things I Learned Since College”

I write because, without it, I’m white noise. Without it, I’m a blank, unregistered face in a busy train station, and I’m indiscernible. Without it, I have nothing to patiently, forgivingly, untangle the wires in my brain, to alleviate the constant itch. Without it, I’m hurtling through a mindless-day-to-day haze, forgetting that anything is beautiful.

And with it, I have a constant, excellent friend. We share our joys and our sadness, our anxieties, our little things, our crankiness, our manic happiness, we scale flowering meadows, take solace in our quiet and heated rooms.

I write because it helps me exist. —Ifra Asad, “The Ostrich Effect”

Modern society’s overwhelming interconnectedness dilutes any notion of truth or objectivity. The man in the fine suit speaking deliberately at the podium tells us one version of things (his assorted staff of experts and advisers lined up behind him, ready to corroborate every word) while the dissident blogger taps out another, conflating the assumed independence of the Internet with journalistic integrity. In my mind, literature is and always has been a reconciliation of these two narratives. I write to explore how sociopolitical institutions affect our perception of reality and, consequently, individual human lives. —Aaron Thorpe, “On Loving Like a Human”

I was tempted to say “I write to justify the amount of time I spend daydreaming” as my only response, but that’s not the (whole) truth. Writing has always been a venue to express myself, but in recent years, as I become more ingrained in the expanding world outside of the small island town I grew up in, writing has become a way to form connections with people. To me, that’s when writing is best: When what you’ve written resonates on a personal level with a reader. That kind of writing stays with a person, and it does more than create a connection with another human being: It lights a spark for internal change. Human beings are all works in progress. We’re all changing, all the time. I like to think that good, relatable writing can help with the transformations along the way.
—Carolyn Drake, “Pill Pusher”

Why I started writing:

Why I continued writing:

Why I am still writing:

Writing, for the most part, hurts. But, on occasion, I fall into a pocket of time where the opposite is true. I can see and write fully. The cross section of a character’s heart appears. I am elated. Nothing else gives me such a buzz. —Jared Shaffer, “Use Without Pity”

I read somewhere once that writing fiction is telling lies that tell greater truths, truths that transcend our everyday reality to get to the core of the human experience. I write because I see people around me—my own life even—whose stories need to be shared so that other people can understand and learn from their experience. Stories that question their truths and immortalize their evanescent lives, perhaps. And because I just love to tell stories. It’s a part of how I see and process the world around me—it’s a part of who I am. —Xingyue Sarah He, “Minnows”