↓
Home→The Monthly at Cornelia Street Cafe→Only 4 More Days until “Who Wants to Be a Millennial?”!
Share This! 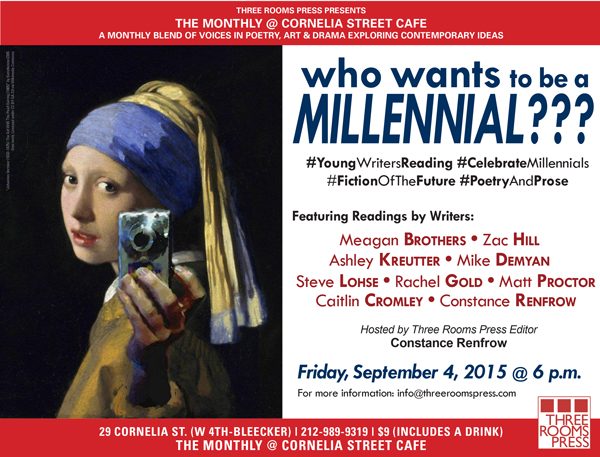 That’s right, everybody! Our young writers reading, “Who Wants to Be a Millennial?”, is only a few days away!