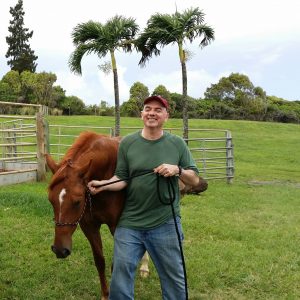 An Interview with Ron Dakron

Let’s face facts. It’s still winter, no one wants to leave the subtropical climate of their apartment building, and [insert your favorite TV show here] probably just came to a close. This whole cold-snap thing is starting to get boring, and we at Three Rooms HATE being bored. So we turned to the one guy guaranteed to keep us on our toes: Ron Dakron, author of Hello Devilfish! (3RP), infra, Newt, Hammers, and Mantids. Raven Chronicles considers him: “as sinister as a thirteen-year-old with a lighter and a keg of butane” and he is self-described as a “Novelist, Poet, House Painter.” Do you see why he’s just what this March needs?

3RP: So let’s talk books. What are you reading now?

RD: The Curse Of Lono by Hunter Thompson. Recently I’ve re-read some choice 1970s New Journalism and every cartoon collection of Roz Chast.

Nice! So, what’s your favorite book (not including the ones you wrote)?

A toss-up between Henry Miller’s Tropic of Cancer and Rimbaud’s A Season In Hell. Close runners-up are The White Album by Joan Didion and The Stench of Honolulu by Jack Handey.

Good choices! Let’s shift over to those books you’ve written and maybe are writing now. What makes you want to write?

What were your reasons for writing Hello Devilfish!? How did you decide to start writing, and what kept you motivated to finish?

Hello Devilfish! began as a Tokyo bildungsroman that wandered into stasis. Meanwhile, the taboo-tweaking Hello Devilfish! narrator nudged his perky way through my sleeping brain slime—one of those rare writing coups where a character leaps up fully formed and raring to rave, mwah ha ha. I gave my monster from the Id (a la Forbidden Planet) free rein. Geeraa!

That actually seems perfectly in keeping for HD. As he would say: “I am ha ha Devilfish—destroyer of dumb worlds”—and you know any world where he isn’t the star is dumb. So on that same vein, you working on anything new?

Many irons, no fires yet. I’m always fascinated by the suspected foul-play car-crash meeting of satire and dialect.

When you are trying to write, do you adhere to any specific rituals?

Of course not! Now what about aspiring writers? Do you have any advice for them?

The Muse disdains a well-mannered, politically frightened hack. Crank up your crotch-rocket mind and stream between the ponderous Volvos of mass delusion. Just keep paying your health insurance.

Alright! Good advice! Last question (to remind everyone that writers are people too). What do you for fun that’s not writing?

Me and the spark-tacious Julia Hunt love to skulk around Big Island, Hawaii, and snorkel, wander rural flea markets, and drink cheap Mai Tais at decaying reef dive bars. At home in Seattle I lounge on our fire escape until night slinks over and licks my ear.

Ron’s playlist from the writing of Hello Devilfish!