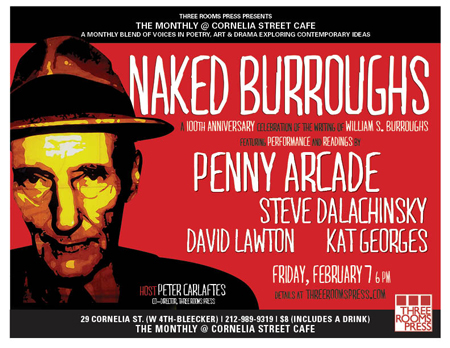 DAVID LAWTON is a spoken word artist and actor, who former MC5 manager and White Panther founder John Sinclair calls “a fine poet and terrific performer.” His most recent books is the poetry collection SHARP BLUE STREAM (2012), which includes homages to Herbert Huncke and other Beat icons.