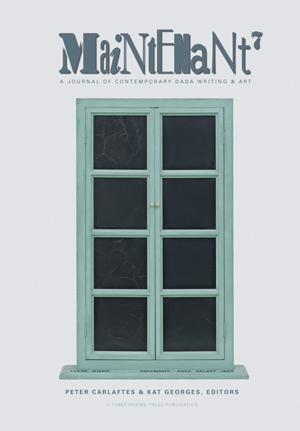 Maintenant 7: A Journal of Contemporary Dada Writing and Art

Since 2008, the Three Rooms Press series has collected and published dada art, dada poetry, dada mail art, dada collages and more from around the world.