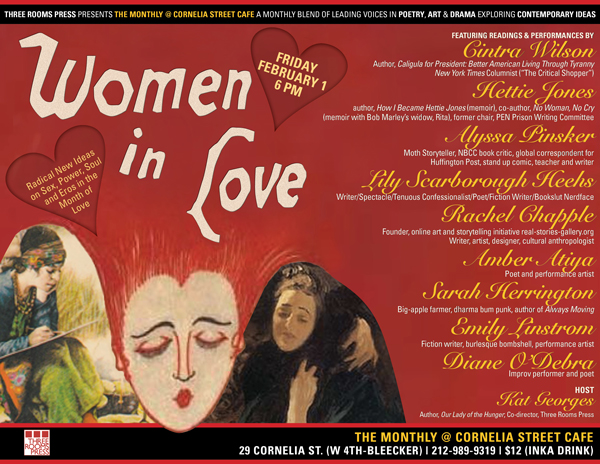 Radical New Ideas and Poems on Sex, Power,
Soul and Eros in the Month of Love

Showtime is 6 pm. Admission is $12 which includes a free wine, beer or soft drink. Cornelia Street Cafe is at 29 Cornelia Street, in the West Village, between W. 4th Street at Bleecker (http://corneliastreetcafe.com/).