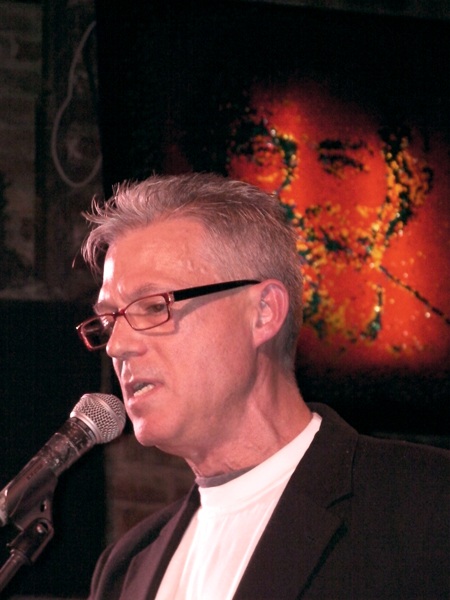 Our heart is heavy with the loss of our good friend and Three Rooms Press poet Brant Lyon, who passed away this morning after a brief illness. Brant was the author of “You Are White Inside,” a collection of his poems that was released in late 2011. He also produced and curated the popular monthly series “Hydrogen Jukebox,” which featured poets reading to live improvised music by the band The Ne’erDoWells. He recently recorded produced the cd “Brain Ampin'” which featured tracks by 12 of the regular readers at the series, including TRP founders Kat Georges and Peter Carlaftes.
Funeral arrangements are pending. A memorial will be held in June.